If you suffer from low back pain, you are not alone ! At some point in their lives, up to 80 percent of all Americans will experience low back problems. (Frymoyer, JW, N Engl J Med, 1988) Next to the common cold, low back symptoms are the most common reason for visits to primary care physicians. (Cypress, Amer J Pub Health, 1983) The direct annual health care costs for low back problems in the United States are estimated to be at least as high as $20 billion. Indirect costs, such as disability payments and lost work time, could significantly increase the overall cost. (Webster and Snook, J Occup Med, 1990) The average back problem cost employers almost $19,000 – with some back cases costing from $125,000-$150,000. Workers out with back injury for more than six months have only a 50% chance of returning to full productivity. There are two main types of low back pain.

Years of abusing your back (poor posture, improper lifting and the lack of body conditioning) makes the back prone to injury. The lower back is particularly vulnerable and the dysfunction of its major joints can lead to painful results. Other pain-sensitive structures can be stretched, torn and distorted.

This type of pain is caused from inflammation caused by irritation or injury to the disc, the facet joints, the ligaments or the muscles of the back. A common cause of mechanical pain is disc degeneration. Mechanical type pain usually starts near the lower spine and may also spread to include the buttock and thigh areas. It rarely extends below the knee.

Facet syndrome (back sprain) is most often brought on by a sudden movement or injury, often following years of back neglect, and results in pain and stiffness and difficulty moving. You may find yourself bent off to one side. Sacroiliac syndrome occurs from a sudden injury or movement and is felt as a sudden pain in the hip area. You have difficulty changing positions and the pain can be excruciating. It is sometimes difficult to differentiate from a facet syndrome or disc herniation. This is the most commonly misdiagnosed back problem, usually called a muscle pull. Herniated discs are brought on by a sudden movement, often lifting, on top of general wear and tear and may cause severe pain in the back and legs. It takes quite a while to build up and may take quite a while to get better. Muscle and Ligament Strain is most often caused by poor posture or an old untreated back injury. Symptoms are chronic backaches with occasional spasms. Scoliosis (curvature of the spine) is most common among teenage girls. It is important that it be screened for after the age of 10. Your chiropractor can show you how. While few symptoms may occur, the long term effects can be quite significant.

Spinal stenosis can also cause compressive type pain. In some people, degeneration of the spine can result in a narrowing of the spinal canal where the spinal nerves are located. This causes all of the nerves within the spinal canal to become inflamed, and fail to function properly. Numbness can invoke both of the lower extremities and may become worse with activities such as walking. Pain can involve both of the lower extremities and worsens with activities such as walking, and gets better after short periods of rest. Weakness of the muscles of both legs may also occur, and again this may get worse when activity increases.

Historically, adjustments (spinal manipulation) have been accepted by patients for eons as an appropriate method of treating back pain. Hippocrates, the father of Medicine, used this approach more than 2000 years ago while 1995 marked the celebration of the 100th anniversary of the introduction of chiropractic to the modern world. Today, the chiropractic profession is recognized as one of the five diagnosing professions in Ontario (also dentistry, optometry, medicine and psychology) and throughout the world. Over 200 million visits are made to chiropractors annually, many for treatment and/or prevention of lower back pain.

Acupuncturist stresses the importance of body wellness in maintaining a healthy back. Treatment/prevention programs will include instruction in good back habits, diet, exercise and overall body conditioning. If alternative forms of therapy are required, your Acupuncturist is knowledgeable about other health professionals and can refer you. Please visit Acupuncture Arlington today and get treatments like Cupping, Electroacupuncture and Gua Sha. 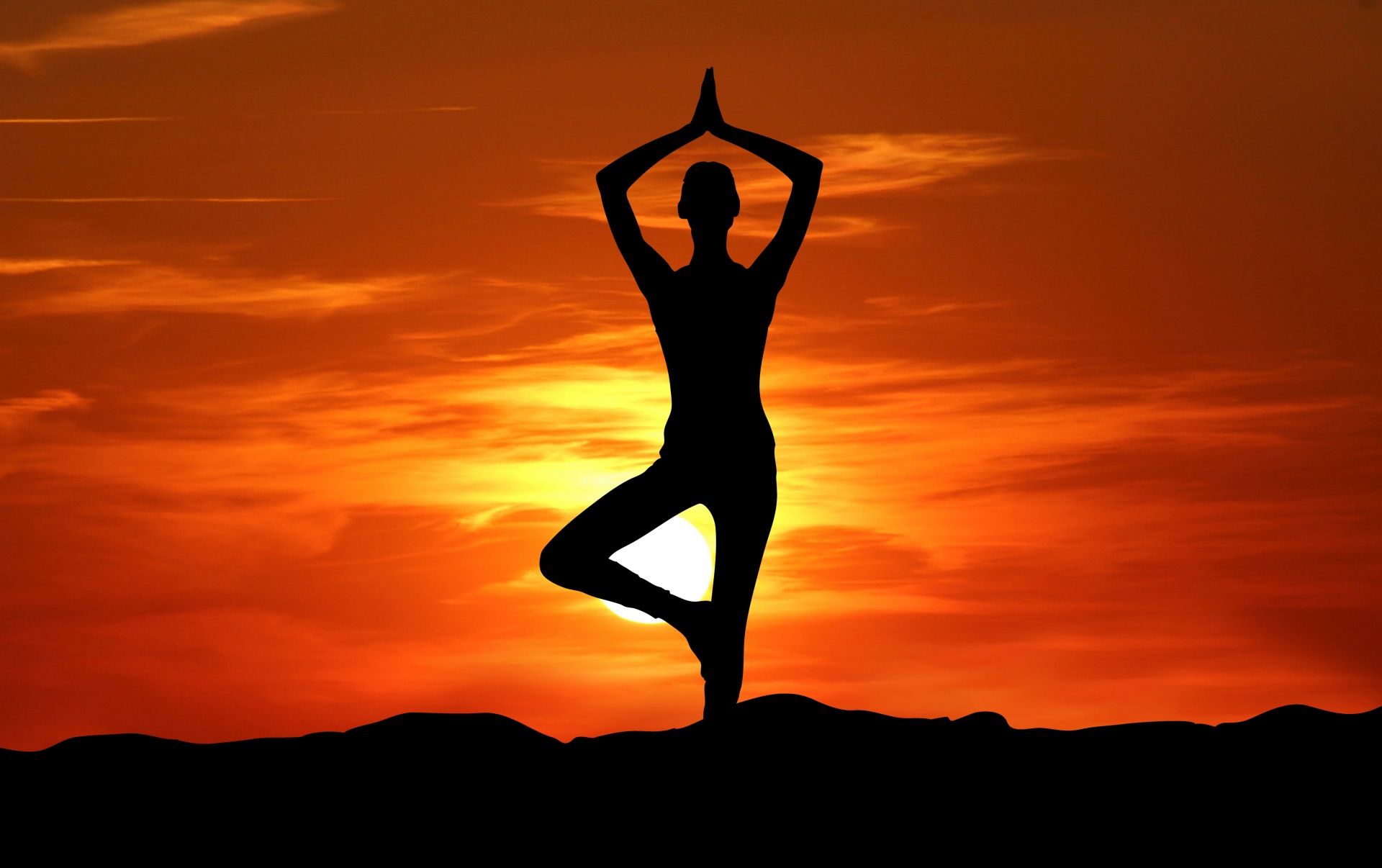 Malaysia Yoga has done wonders for its practitioners. Give it a try. A friend of mine notorious for his stress puppy temper recently swapped booze for yoga. Since then, he has blossomed into a model of karmic serenity. Well, he is less grumpy anyway. Hence my curiosity about yoga, especially the circulation-boosting, muscle-toning brand known as “power yoga”, which I am exploring while stationed on the Thai tropical island of Lanta, pronounced “Lantaaah” by the laid-back locals. Here, a course with a good reputation and a dream location, Relax Bay, is run. The scene: a shaded wooden platform, a stroll away from the ocean, at the back of one of the countless semi-luxurious resorts set off the main drag. Meet Mona Haymaker, 55, the Oklahoman power yoga instructor equipped with an accent reminiscent of Hillary Clinton, a steely gaze and a ready smile.

Mona’s students seem a cheery bunch aside from the sole inevitable guru wearing nothing but a ponytail and a pair of spandex shorts, whose party trick is to raise both legs over his head then wrap them around his elbows in a triple helix formation without breaking sweat. While the guru limbers up, I find a space on the corner of the deck and try to get to grips with the atmosphere. On one hand, calm comes across, conveyed by Mona saying: “Sink into yourself, discover yourself” and the whisper of the sprinkler anointing the set-piece lawn. On the other hand, the air is sticky. This could almost be Bikram: the 99-per-cent-perspiration-1-per-cent-inspiration style of yoga conducted in sauna conditions and popular with fit women and middle-aged men. While the spandex-clad guru performs with the grace of a tai chi master, another student doing the crow or something falls off her haunches. The crew-cut caveman in front of me maintains equilibrium but is sweating profusely. Before my shirt becomes drenched like his, I rip it off and try not to dwell on the anal ravine exposed by his sagging shorts or the massive welts on his legs, which suggest that a sea-eagle-sized mosquito has mauled him. “Inhale and exhale,” Mona chants, inviting us to focus on respiration and relax. Easier said than done when you are upside down in the crab position. Anyway I hope that my contortions will help release the tension packed into my shoulders by decades of hunt-and-peck typing, and ease my mind agitated by “Thai time” travel misunderstandings. I am already raising my heart rate so much that this session now feels like a cardio class without the pounding techno music. Inhale and exhale, Mona says. Still, I struggle to focus on breathing, besieged by minor misgivings.

One stems from the knowledge that my mat is right at the edge of the abyss, which means that, when enacting some balletic pose, I might tumble over and trigger a ripple of gently humiliating mind-body laughter. When we flip onto our backs to cycle our legs, I fret that the steamy gap between my back and the mat will generate suction resulting in that taboo sound that makes children laugh and mortifies adults. Sure enough, the sound, a kind of deafening squelch — occurs, spurring me to shift my stance and do the rest of the exercise perched on my tailbone. Meanwhile, another worry that floats into my head concerns my cell phone. Tucked into a tight pocket of my backpack, poised to belt out an entire mp3 song if someone rings, it could erupt any moment. Happily, nobody calls for the moment. Instead, in true surreal Thailand style, a grasshopper sails into the arena, lands on the mat beside a student and holds its ground, apparently preparing to stretch the limits of what it means to be an insect. Repeatedly, we go into the “cobra” position, which involves performing a kind of slow, belly-to-the-ground push-up. After busting about a hundred cobra moves and taking a shot at a swathe of others named after a menagerie of animals, the stress in my muscles builds to breaking point. Soon, I have “sewing machine legs” and trickles of sweat running down my temples, staining my mat. “Don’t forget to relax. Any time you need to rest, put your knees on the floor,” says Mona, maintaining the pace, which makes regular yoga seem like meditation with a bit of stretching thrown in. Beside me, a lily-skinned student whose performance until now has been immaculate, is forced to keep slapping marauders with an especial taste for her flesh. Unsure if it is right to kill any creature during yoga, I do not blame her. Nor does Mona. Dryly, she says: “OK, I think we better wrap up now, before the mosquitoes eat us alive.” We rise to our feet, lighter, fitter and, doubtless, in the case of students who know what they are doing, calmer too… Om!

If you are looking for someone and something that truly touch your life…..then give this a go. Mona truly walks the path she talks…..without the bullshit. I’m a 37 year old woman travelling in Thailand and I recently had the fortune of spending some time with this lady – I watch in amazement at her ability to give to everybody she meets. And you couldn’t ask for a more beautiful location – sun, sand, sea, Yoga and Mona. What more can you possibly want!